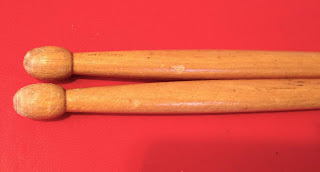 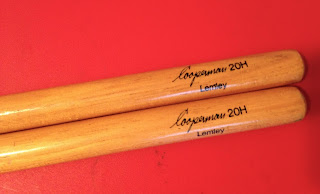 Today's curiosity: Cooperman "Lemley" model 20 drum sticks.
I got these in an online auction from someone who was trying to dump them at a low price. No one else wanted them, so they were mind with a winning bid of $5 plus postage.

Cooperman Drum Company have been making drumsticks and rope-tension drums for over 50 years, primarily for the fife-and-drum crowd but also more recently branching out into concert sticks as well. The US Army Old Guard fife and drum corps uses Coopermans, as do most fife and drum units around the country. They're turned one at a time and matched for both pitch and weight in their Vermont workshop. Some years ago, the company divided into two divisions: Jim Cooperman focused on repair, restoration of rope drums and handed the manufacturing over to Dave Loyal Drums. Dave, a former member of the Old Guard brought years of playing and woodworking expertise with him to take on making Cooperman drums and sticks, and so far the transition has been  going well.

I cannot yet figure out exactly how old these sticks are, but since they are clearly older than what's being turned out since Loyal took over production from the Cooperman family a few years ago, I have to assume that they are some kind of older; my guess based on the available company history is that these date from before 2000 and probably before 1990. I hesitate to call them "vintage" at this point. The Cooperman "Lemley" model as created to pay homage to Ed Lemley, a champion rudimental drummer of the 1930s who wrote numerous rudimental solos (including his famous "Crazy Army," found in the NARD solo book).

The Lemley stick is currently out of stock at Cooperman's web store. It has been made in both persimmon and hickory. This model measures 17' long and 11/16" in diameter. The taper is medium-short and unlike many modern marching sticks, there is no taper at the butt end, meaning that the balance feels odd and some adjustment is needed to get used to playing with this stick. 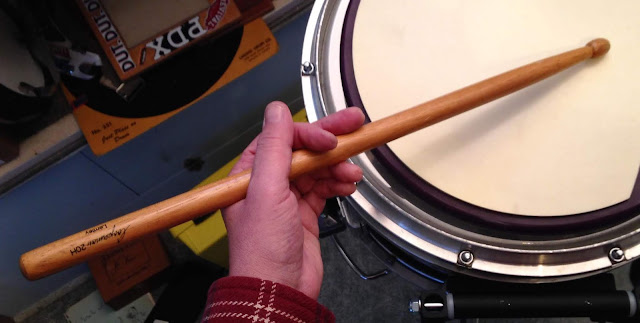 Based on my practice time with a shorter modern stick (Jeff Queen solo model by Vic Firth, my regular practice stick), I found the diameter of this longer stick to be almost too small, especially with the large bead. I tried playing the sticks and switched back and forth between them and the Queens to get a feel for how they were different and why. Not sure if you can gain anything from these videos but here they are.

I am hoping to obtain a very special vintage pad soon.
If I'm successful I'll let you know about it here (after I research it, of course!).
Posted by bikelovejones at 5:07 PM

Email ThisBlogThis!Share to TwitterShare to FacebookShare to Pinterest
Labels: Cooperman

I buy, trade and sell used/vintage practice pads and specialty practice sticks. If you've got questions or something to share, send me a note here: 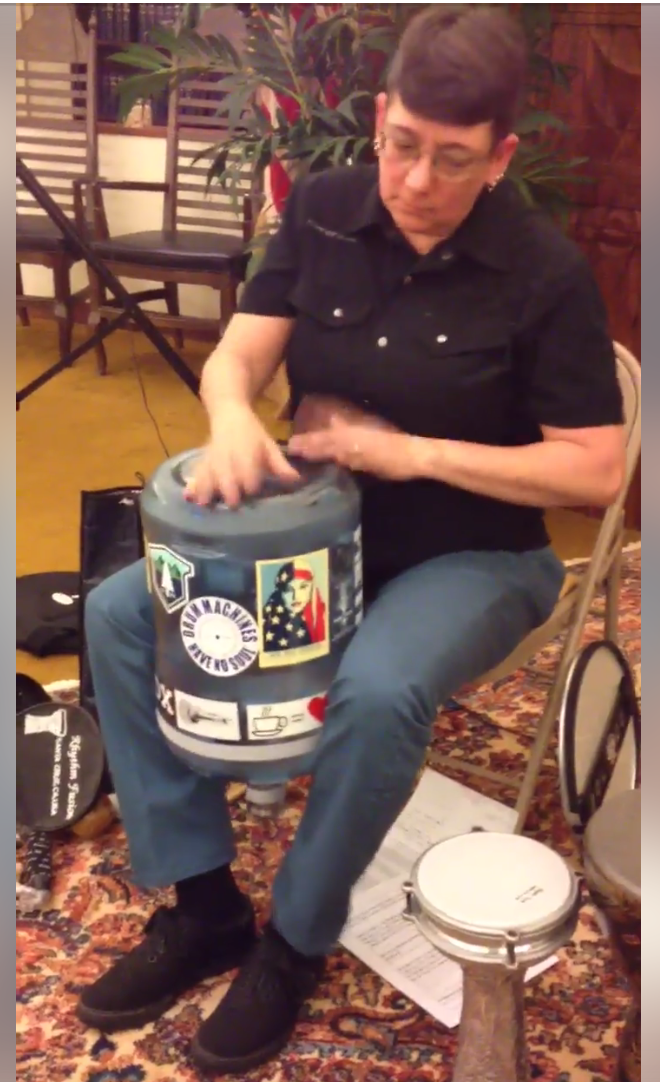 I make drums out of almost anything